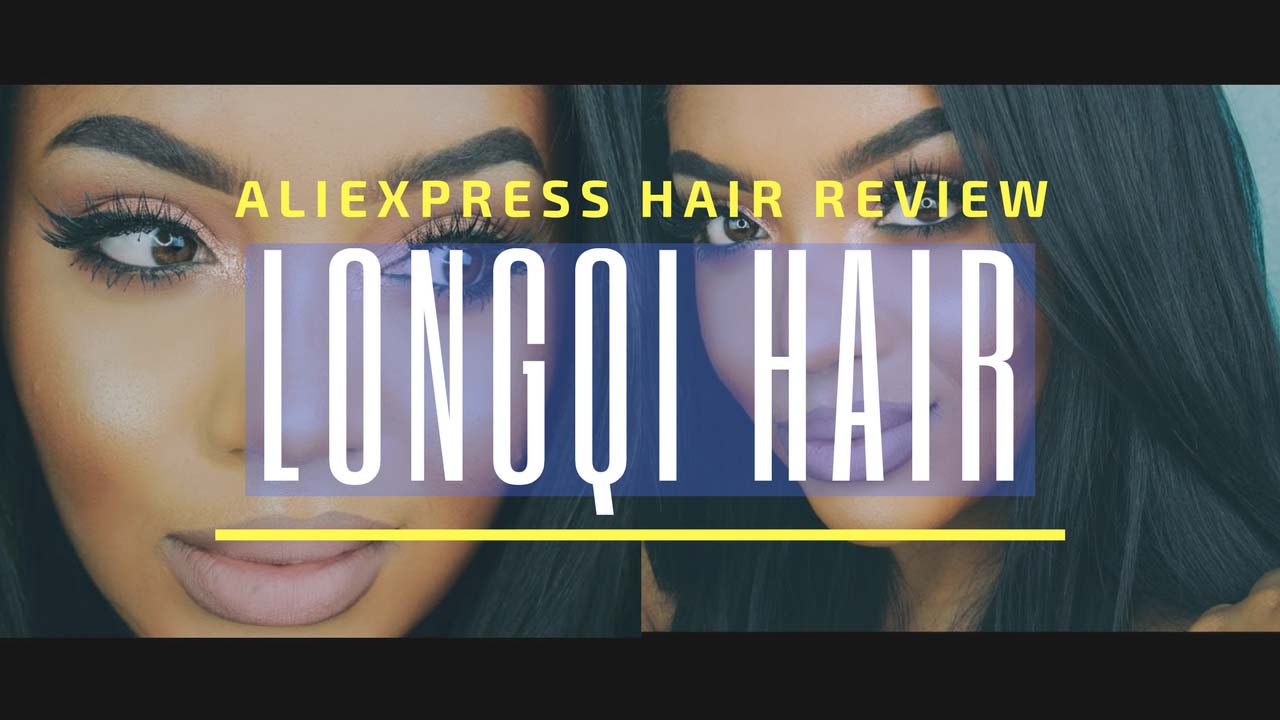 Lonqi Hair﻿ is a well known and popular hair company on Aliexpress with a wide range of hair types, textures and styles. Offering soft, silky hair that is full bodied and can be dyed or curled.

"I have straightened this hair many times and the ends are still nice and soft looking."

The con that I have is that it does have a chemically processed smell which I notice a lot when doing AliExpress reviews is that most of the hair has that smell. It's either a chemical smell or a hair factory smell. I don't like it. I would not say that it's 100 percent virgin hair because it does have that smell like it's been processed. That is my one con about this hair but honestly that's pretty much my only con so far on this hair.

I will say that it doesn't hold a curl for very long. I wand curled it and by the end of the day they were pretty much almost straight. It did have a bit of a body wave to it but for the most part it had just gone back to being straight.

There's been no tangling, there's been very minimal shedding, barely anything at all. When I comb it out or use my paddle brush to brush through it there's barely any shedding. My only issue I would say with the hair is that it did have a smell and it still has a smell.

"I've had this hair in for two weeks, I really like it. There's been no tangling, there's been very minimal shedding, barely anything at all."

Like I said, there's not tangling, there's no shedding. It's very soft. I have straightened this hair many times and the ends are still nice and soft looking. They don't look super dry but so far I've been really having a good experience with this hair.

Click here to see the most recent price for ﻿Longqi Hair﻿ >>